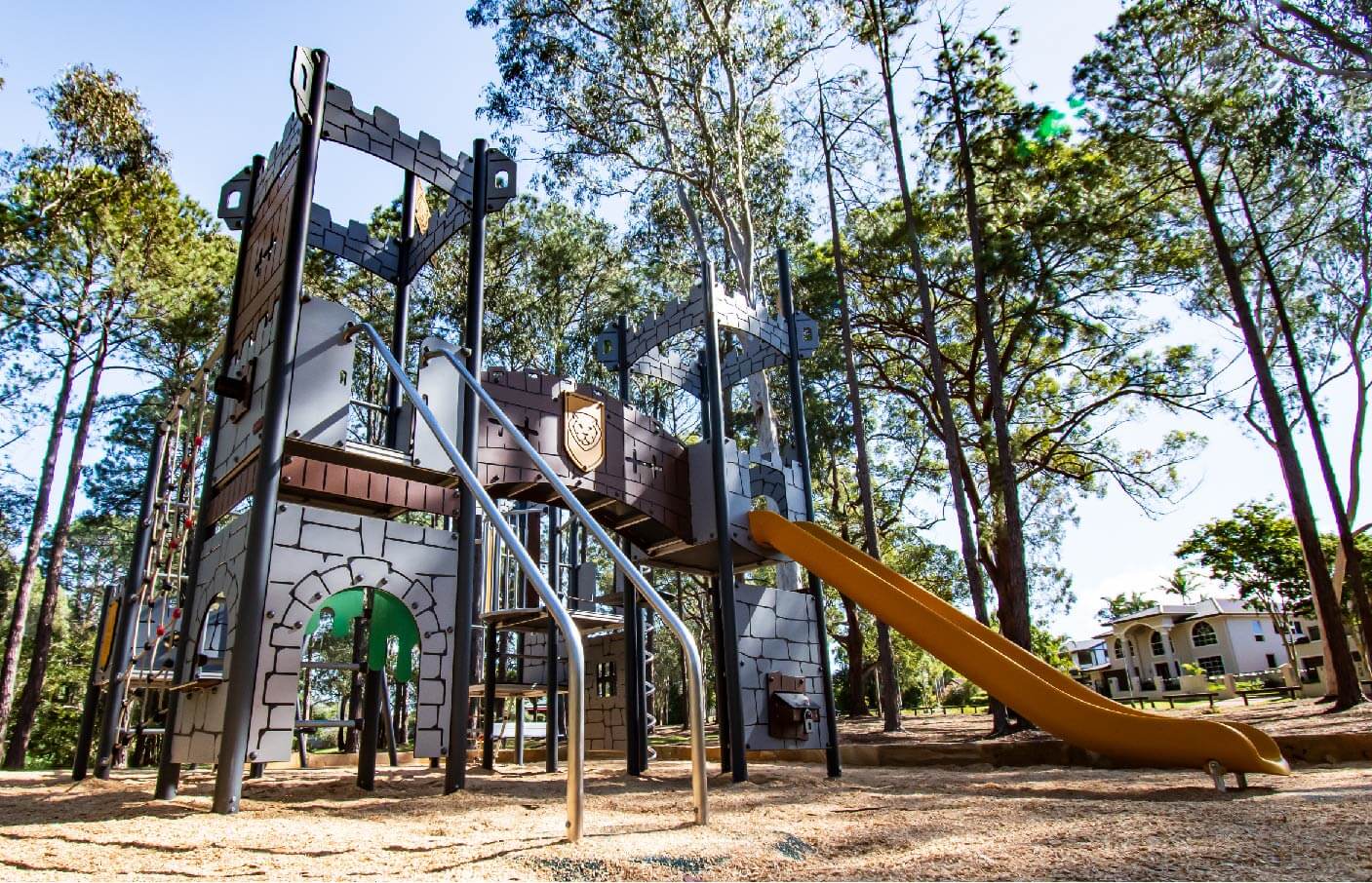 The new playground at Yugarapul Park is packed full of play activities for mini Kings and Queens. Featuring Queensland’s first Kompan Castle Four Tower, a Kompan Dragon Spring Toy and a Swing Set, the new playspace is set to become a favourite for the Sunnybank area. The Castle Four Tower is bursting with fun for all in every nook and cranny.

With play activities on multiple levels and a 360-degree design, the tower is suitable for children of all ages and abilities and also encourages parents or carers to get involved in the play journey.

A locked treasure chest can be found deep in the dungeon with a sensory membrane entry to ward off intruders. Mini Kings and Queens can climb to the second level of the tower via a climbing bridge or ladder. Whilst on the second level they can view out over their Kingdom, fire the cannons at intruders or cross the bridge for a swift and safe exit via the slide.

Children can train their sense of balance as they make their way across the wobble bridge, the climbing net or the Turbo Challenge. Bannister bars, spinning pole and dungeon window are more play elements you can find in this incredible castle themed playground.

Working alongside the Brisbane City Council and Kompan, Urban Play created this themed playground that will be cherished by local Sunnybank residents for many generations to come. 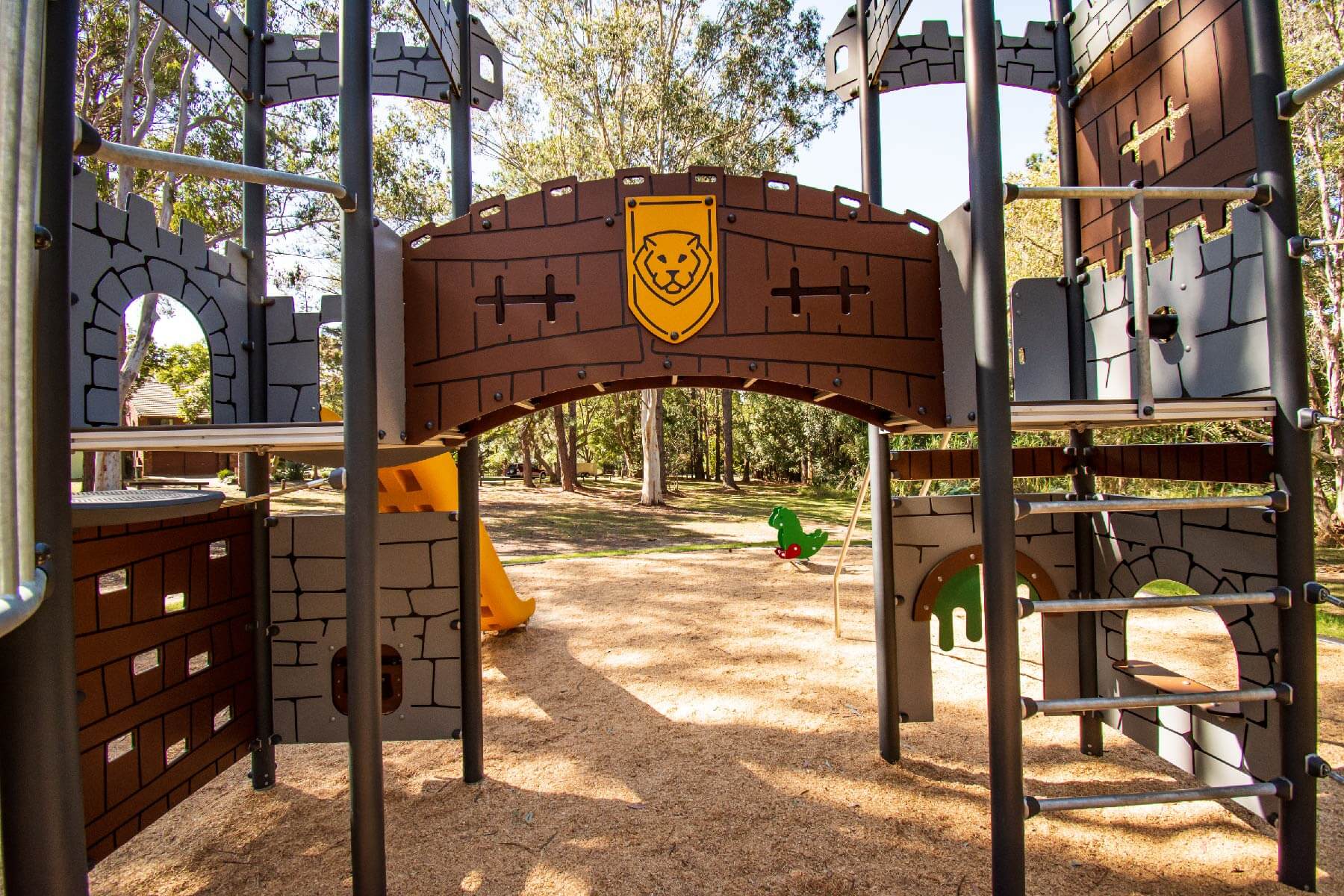 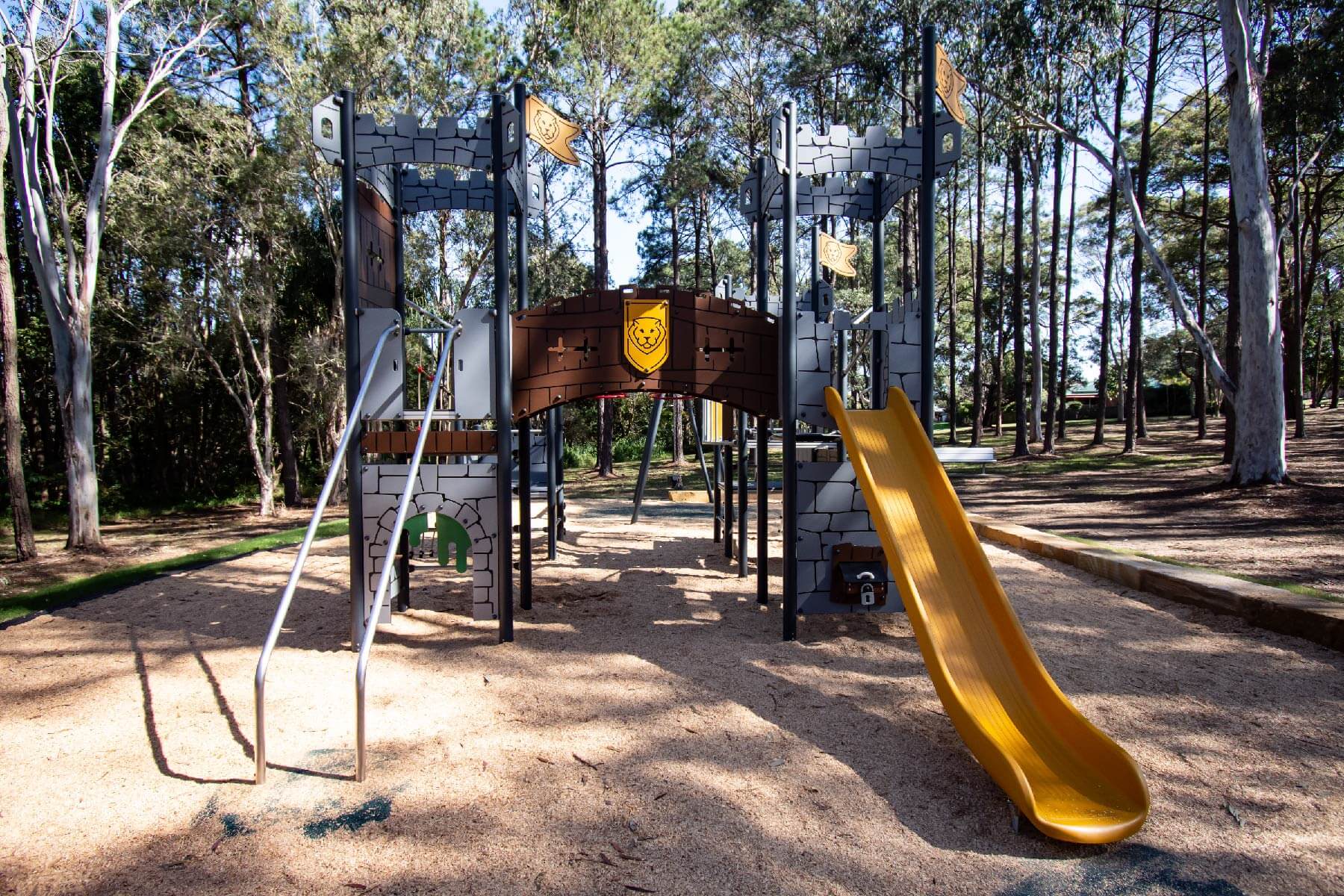 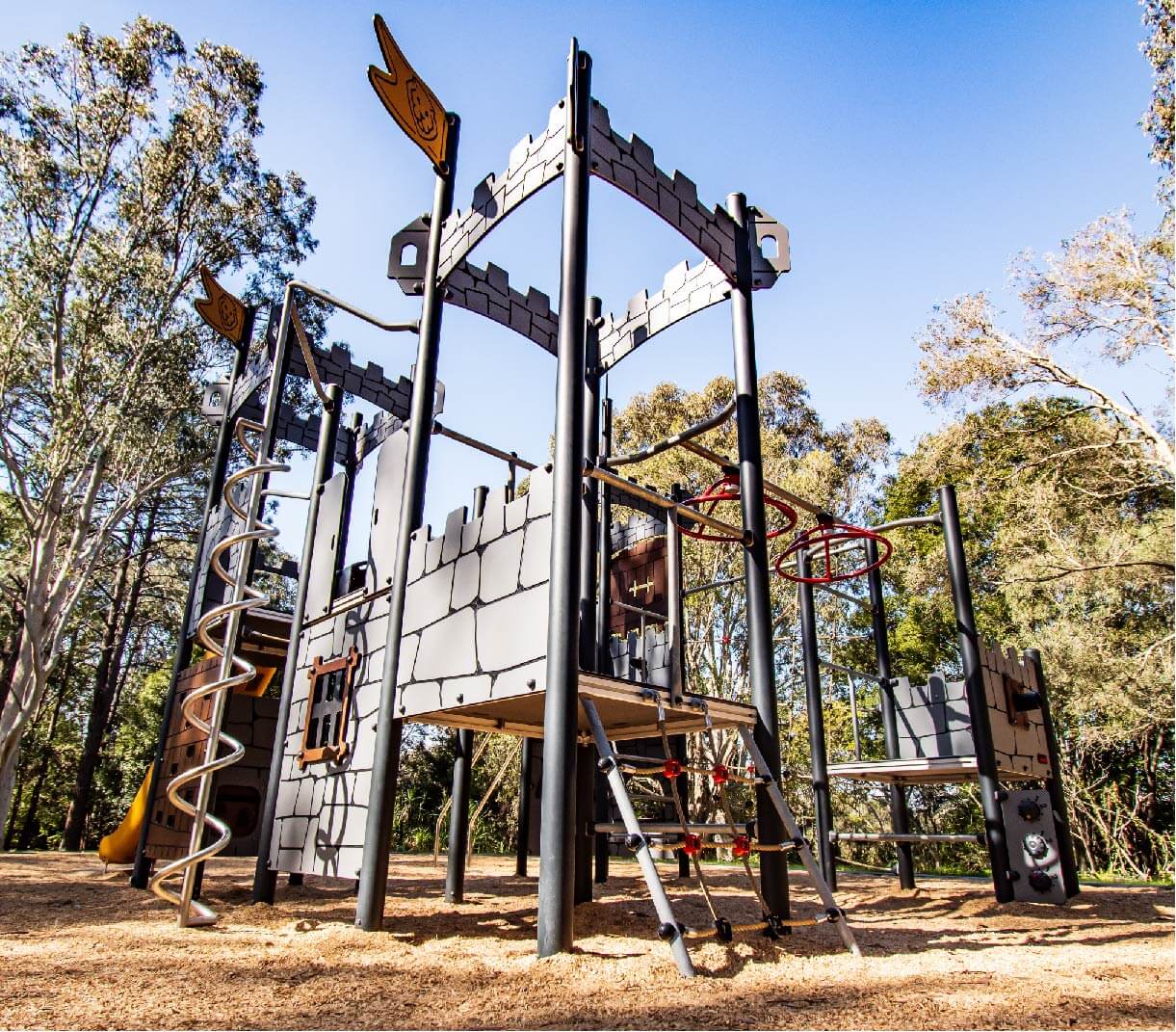 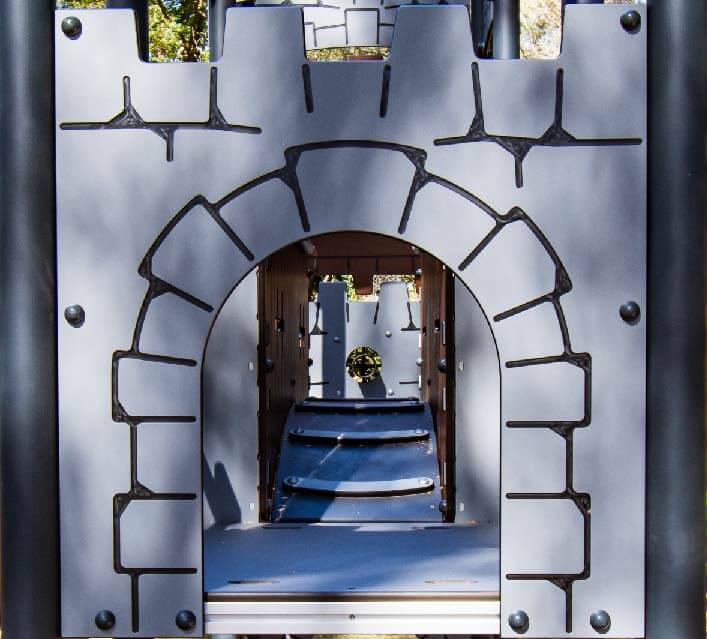 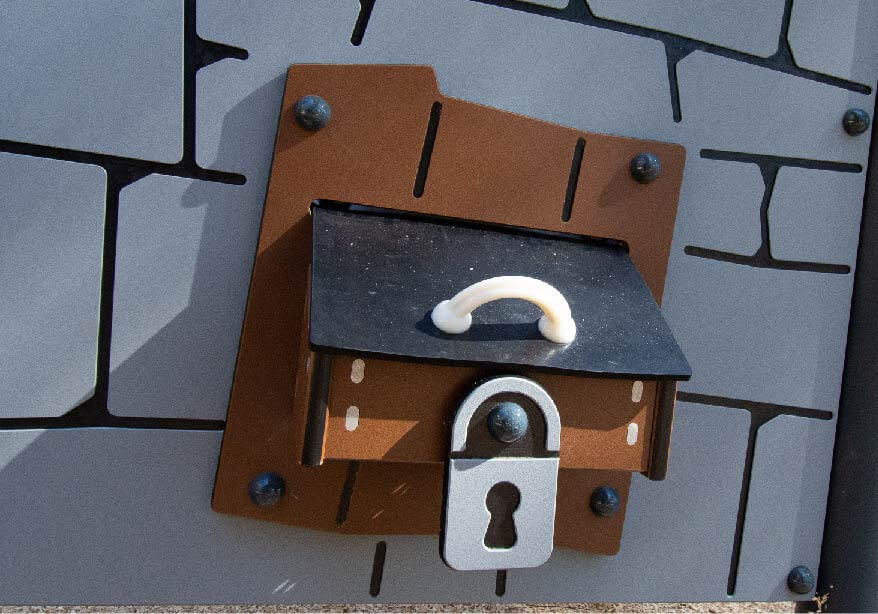 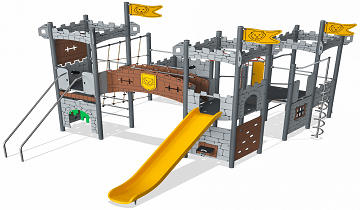 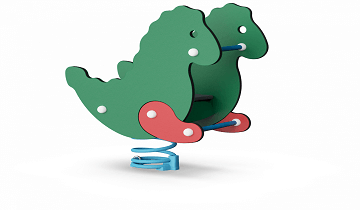 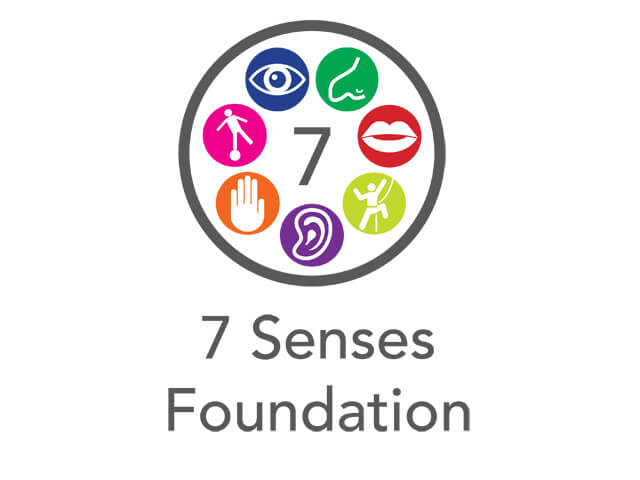 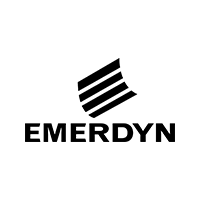